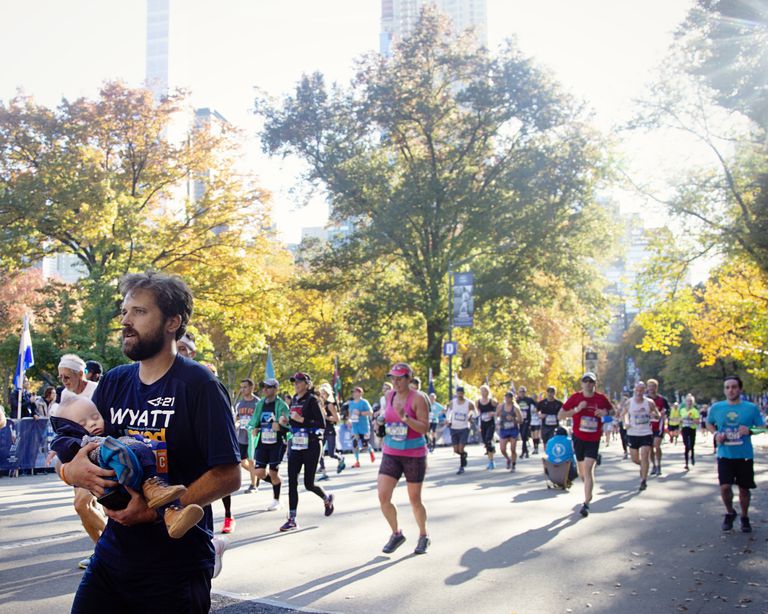 Robby Ketchell, a scientist who helped Nike and a team of runners train to break the 2 hour marathon barrier last May, raced against the clock in the New York City Marathon. He was aiming to cross the finish line in under 3 hours and 21 minutes in honor of his son, Wyatt, who was born 7 months ago and has Down syndrome. He even printed Wyatt’s name on his running shirt so he could hear the crowd cheering his name throughout the run.

Robby was running the marathon with a team of 16 other runners from the LuMind RDS Runners program. LuMind RDS runners participate year-round in races all around the world, from 5Ks to marathons, raising money for Down syndrome research. Most recently, the group had members participate in the Chicago Marathon and New York City Marathon. 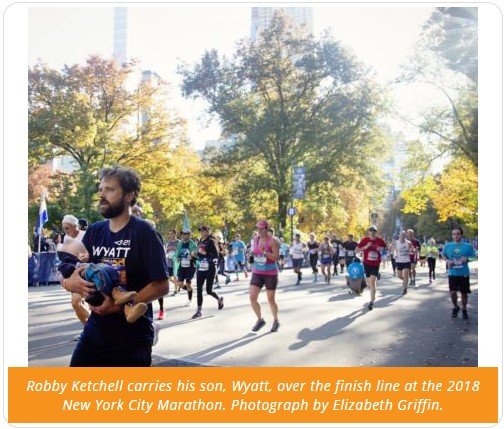 (To learn more about the program or to register for a race, visit http://bit.ly/RDSRunners).

When Robby approached the finish line, he realized that this wouldn’t be the year he broke 3:21, but he wanted to share the experience with his son. He found his wife, Marya, in the crowd and she handed off Wyatt. Robby ran the last .2 miles of the marathon with his son in his arms and the crowd cheering Wyatt’s name. They crossed the finish line together.

This emotional scene was captured on camera by another spectator. Elizabeth Griffin posted the now-viral photo on Twitter, asking if anyone knew who this man was. Robby was soon identified, and their story took off. It has now been shared around the world as a story of hope and joy for a family and a little boy that has “gone through more in his seven months of life than many will in an entire lifetime,” Marya told NBC New York.

Robby and his wife, Marya, first learned that Wyatt would be born with Down syndrome just 12 weeks into the pregnancy. “We were prepared to rally behind him,” said Marya, upon learning of the diagnosis. When the Ketchell’s announced Wyatt’s birth, they sent an announcement that read, in-part,

“Wyatt has Down syndrome and that isn’t the most interesting part about Wyatt…He will learn and laugh and grow. He will be kind and sweet and smart. He will ride bikes (of course he will), and swim and ski and build sandcastles at the beach. He will be brave (he already is). He will do the same things all kids do, just at his own page…He will have hopes and dreams…And we will show him every single day that he can do anything.”

Wyatt spent his first 67 days in the NICU, and will have open heart surgery in April.

Robby is determined to beat the clock at the New York City Marathon next year, and has already begun training again. Follow along with the Ketchell’s on their journey by following them on Twitter (@RobbyKetchell) or Instagram (@tour_de_wyatt).

Thank you to all LuMind RDS runners for joining TOGETHER raising awareness and funds to improve health and independence for all individuals with Down syndrome.

Check out some highlights from the races below: 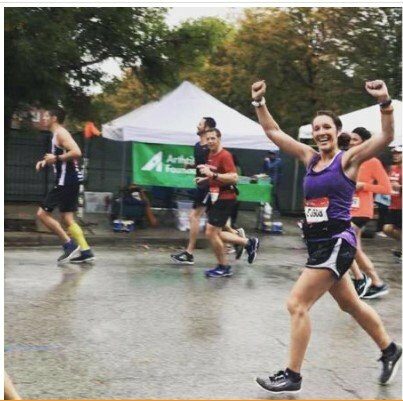 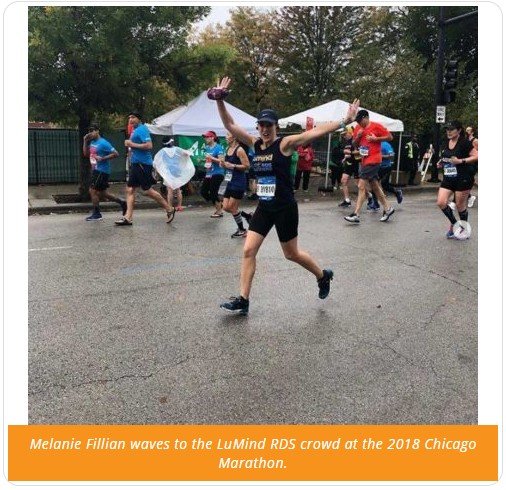 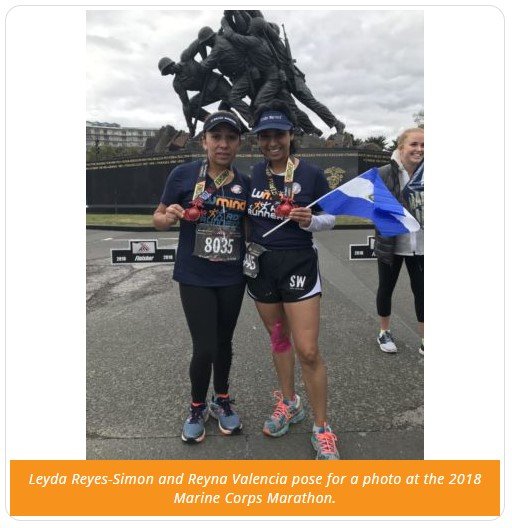 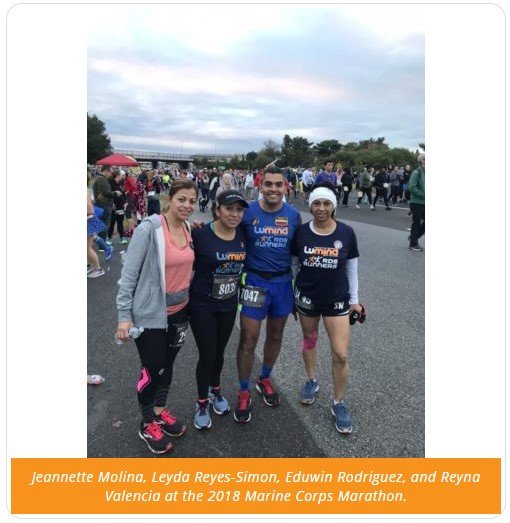 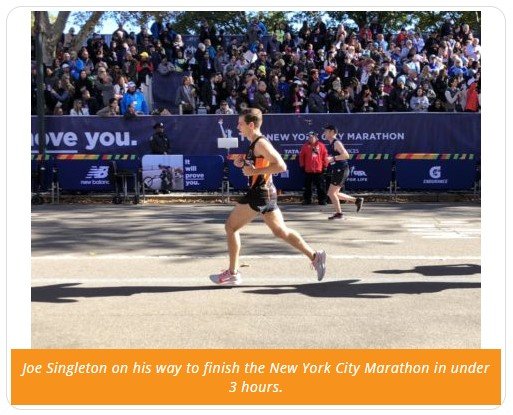 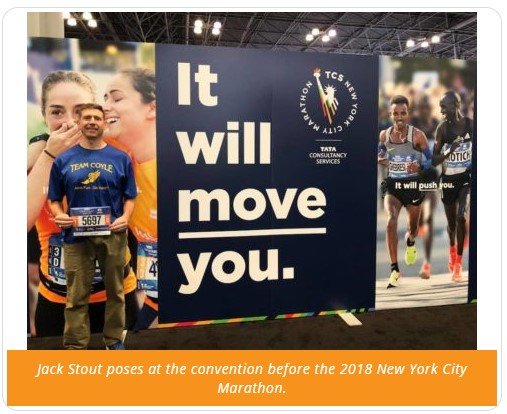 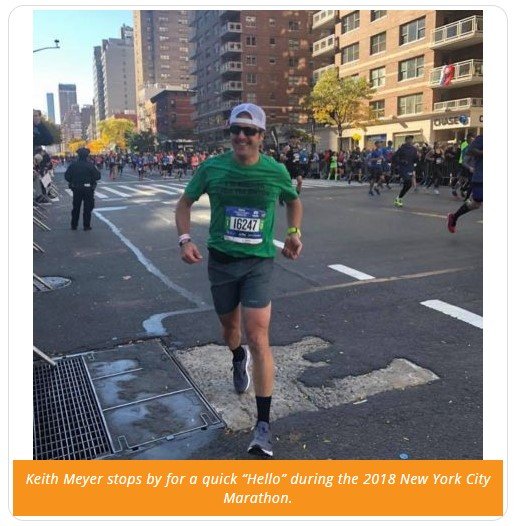