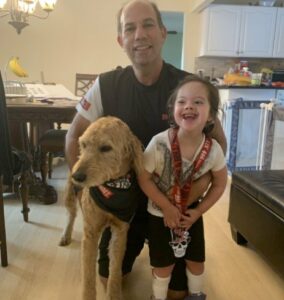 In 2013 I ran the Disney Marathon after dealing with some injures, I decide never to run a marathon again. In 2014 my wife (Felice) & I learn that unborn baby would born with Down Syndrome.

Morgan was six weeks early and only weight 5 lbs. but she was a true blessing. I have watched her face every challenge with a smile from crawling to walking and always brings a enjoy to everyone. She is the pride of my life, after two years watching her accomplish so much, I decide to look for a charity that I can run a marathon that is associated Down Syndrome. After some internet searches I found LuMind IDSC, and at the time I spoke to the organizer and unfortunately by the time I was able in touch with organizer LuMind IDSC had no spots for me in Chicago or NYC marathon that year. After talking the organizer and telling why I wanted to run for LuMind IDSC, she was able to get couple bibs for the Philadelphia marathon. I ran that marathon and then ran the NYC for LuMind IDSC in 2018.

As we all know the world change in 2020 and it’s been long time for marathons to make come back. In February of 2022 I received an email from Senior Development Officer & Development Coordinator asking if I would be interested in running the Chicago marathon for LuMind IDSC. I told them I was I’m interested but I fall on the ice couple of days ago and ripped my rotator cup and I was going to have surgery on March 22, 2022. Morgan inspires me every day and that’s why I decided to train & run the Chicago Marathon this October for LuMind IDSC Foundation.

LuMind IDSC is an amazing organization that to support Down Syndrome research. LuMind IDSC actively works in taking the ‘dis’ out of ability by creating a network of individuals within the Down Syndrome community, and providing families with additional resources, medical care options, and overall support. Someday we will be able to create a world that does not disable individuals with ‘disabilities,’ and my goal is to get us a step closer to that with your help. 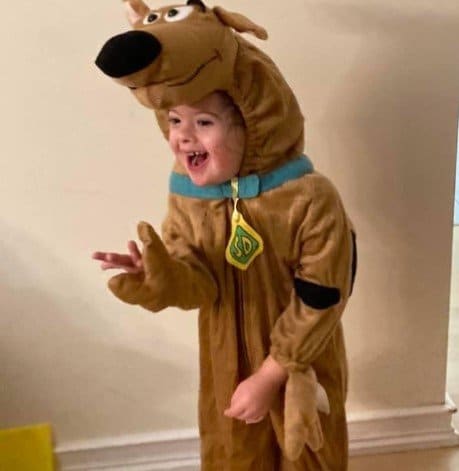 Every donation is greatly appreciated, and every dollar helps LuMind IDSC Foundation to achieve their goal. Please support me as I run Chicago marathon for LuMind IDSC by donating, my goal is to raise $3,000.00 for this great organization. Thank you!