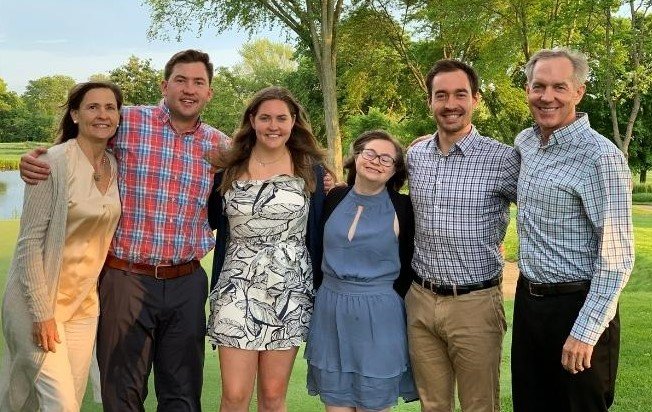 Running a marathon is one of those super-human feats that most people only get to enjoy from the comfort of a celebrating audience, or a couch. Yet, this incredible test of endurance becomes more powerful when running for a cause close to the athlete’s heart. A cause that can also impact the lives of others in a meaningful way. That is the case of Brian White, one of this year’s Chicago Marathon runners who will compete and raise funds for LuMind IDSC.

We sat with Brian and discussed a wide range of topics, from training and his running advice to other athletes, to his firmly established roots in the Down syndrome community, which came through his parents who were one of the founding families of LuMind RDS (Research Down Syndrome), LuMind IDSC’s predecessor organization.

Tell us a bit about yourself:

Brian: I’m from the Bay area in California. I’m the second of four siblings, all within four years of each other, my older brother Bill, me, Brigid, and Amy. My youngest sister, Amy White, has Down syndrome. I guess we are a hectic family but we’re definitely a very close family.

I currently live in New York City and work for a tech company, Blend. I’m involved in community service and participate in a mentorship program that is similar to Big Brother. As well as I stay active playing golf and kiteboarding on most weekends.

What is your connection with Down syndrome research?

Brian: When Amy was born, my parents looked into what kind of resources existed for people with Down syndrome. They were one of the original families who founded LuMind RDS.

When we were younger, our family joined the Best Buddies program. This helped us become more involved and to meet more families in the Down syndrome community.

What's Amy up to these days?

Brian: Amy is now 23 years old. She graduated from the Riverview School last year and now our parents are putting together a community living program near their house.

Amy currently lives in an apartment with two friends. They are independent and they have full time jobs, even though it’s a fully staffed living situation. She works at the local grocery store and the middle school that I attended. She’s a lunch lady and helps with the drama department. She is also involved in tennis and the swim club too. To be honest, she’s probably busier than all of us.

Amy started going to the Pals Camps, where I hope to someday become a mentor. 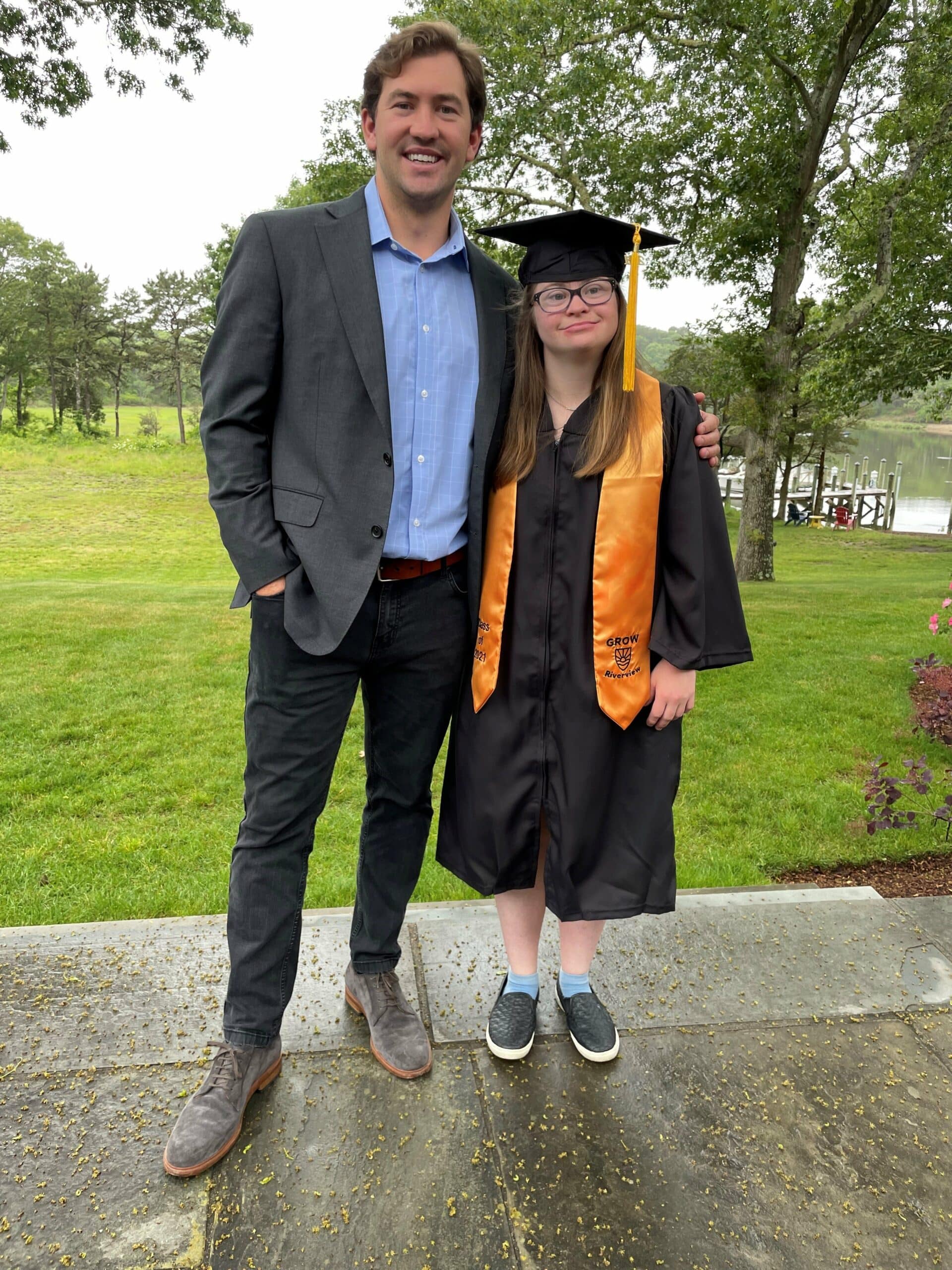 What has the experience of being close to someone with Down syndrome taught you?

Brian: We have learned so much from Amy, it’s been a benefit in terms of learning about patience, and how to interact with people who are different from yourself. My parents being involved in LuMind IDSC got us interested in doing more service and learning more about the Down syndrome community.

Let’s talk sports: when did you run your first marathon and how many have you ran?

Brian: The first marathon I ran was the Boston Marathon in 2016. My mom, Patty, was the first one to run a marathon; she has run around eight marathons. After college I ran the Boston Marathon again. In October of 2019 me and my sister Brigid ran for LuMind IDSC in the New York City Marathon. My mom, sister, and aunt ran it with me, and it was fun to have a crew and to celebrate after.

The last race I participated in was the Palo Alto Ultra Marathon; thirty-five miles through the hills and peaks. My friend told me to join him for some of it and I agreed to run 10 miles. I then decided the night before that it wouldn’t be enough, so I agreed to 15 miles until I decided to run 28 miles. It was a spur of the moment deciding that same morning for the 28 miles.

Brian: My training is usually casual runs, not a set program. Eight miles at a certain pace and then 2 to 3 much longer runs (16 or 17 miles). This year I will ask a couple of my friends who are professional runners for tips on actual training regiments.

Brian: That first marathon; but it’s also my biggest achievement. The biggest challenges are the mental barriers, and that you don’t know where or when you’ll start hurting. As you participate in more events you know how the race will go and how you will feel physically. But the first one is a complete mystery; you don’t know what it’s like, and that’s the hardest part.

Even though it was not the longest I’ve ever done, it was the most challenging mentally. Now I can run anything. If you train you can do it but only if you can beat the mental battle, but the first time you need to understand that mental battle. 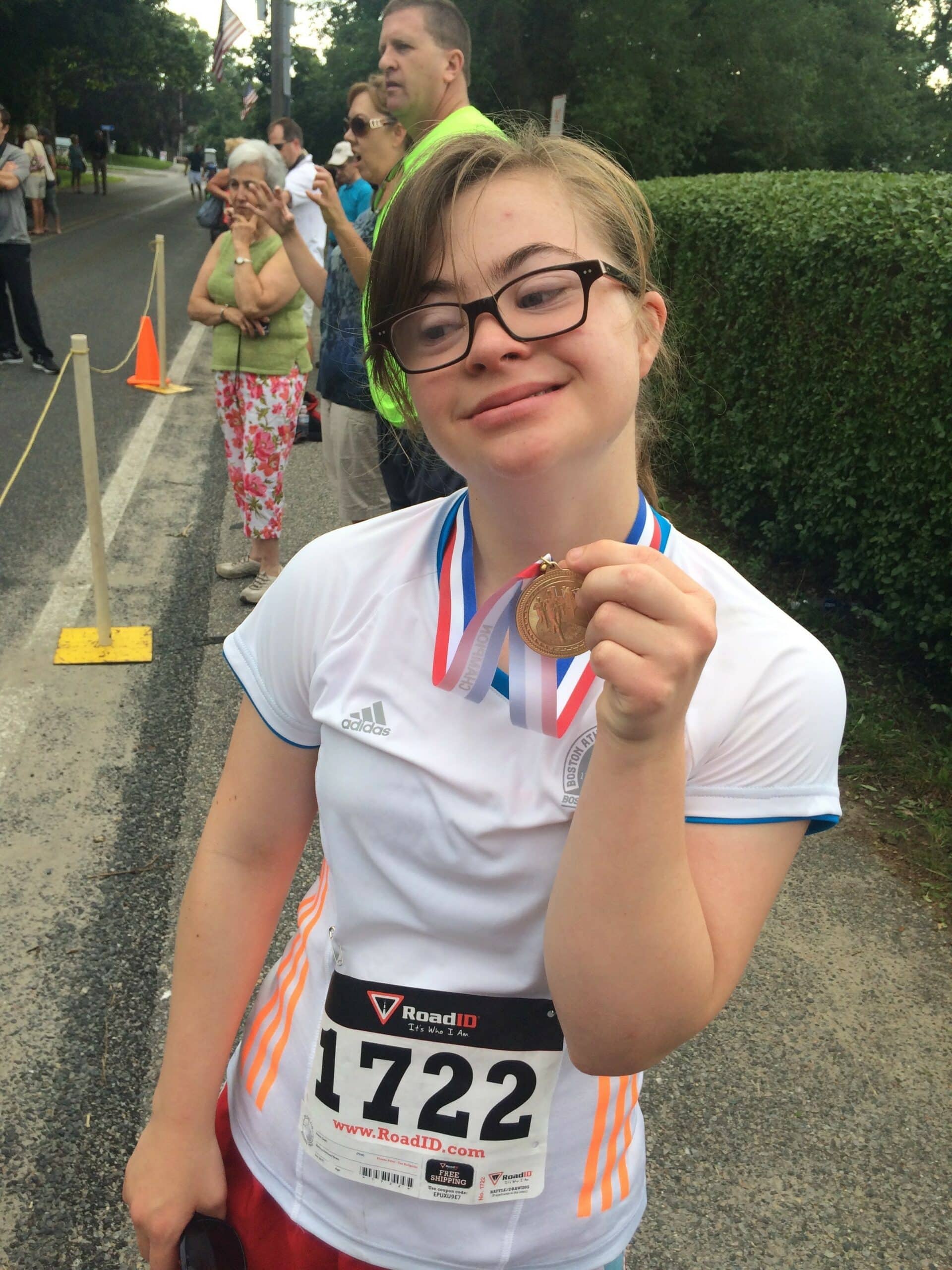 Is your entire family athletic?

Brian: Amy loves to do 5ks and we’ll do them as a family. In those cases, Bill, Brigid and I will be running as fast as we can. Amy runs a lot slower, but she loves the crowds. She’ll be giving high-fives to everyone and getting all the attention.

My brother Bill is a competitive cyclist in Seattle and he’s having his best season ever right now. Brigid has run two marathons, Boston, and New York. My dad used to do triathlons when he was younger and a few marathons. Our mom has been the runner of the family who set the tone for family running.

Brian: Get tips from people who have done it before. Finding the network in a community of people that can become your support system through training and fundraising is key. When I ran the New York Marathon, my family and girlfriend kept me accountable. Group texting each other about runs and stats helps you stay accountable.

Find a group where you can share your runs and experiences and tips because that’ll help you through the whole experience. If it’s your first marathon, ask them: how do you get through the mental and physical barriers?

What are your plans for fundraising?

Brian: I’m planning a few different bar events in NYC, inviting people involved in the community. As well as going to Chicago before and meet my old college friends and do a similar event there.

At LuMind IDSC, we wish Brian a fun and successful race. We hope that you can beat your record!

If you want to donate to Brian’s fundraiser and support Down syndrome research and family resources at LuMind IDSC. 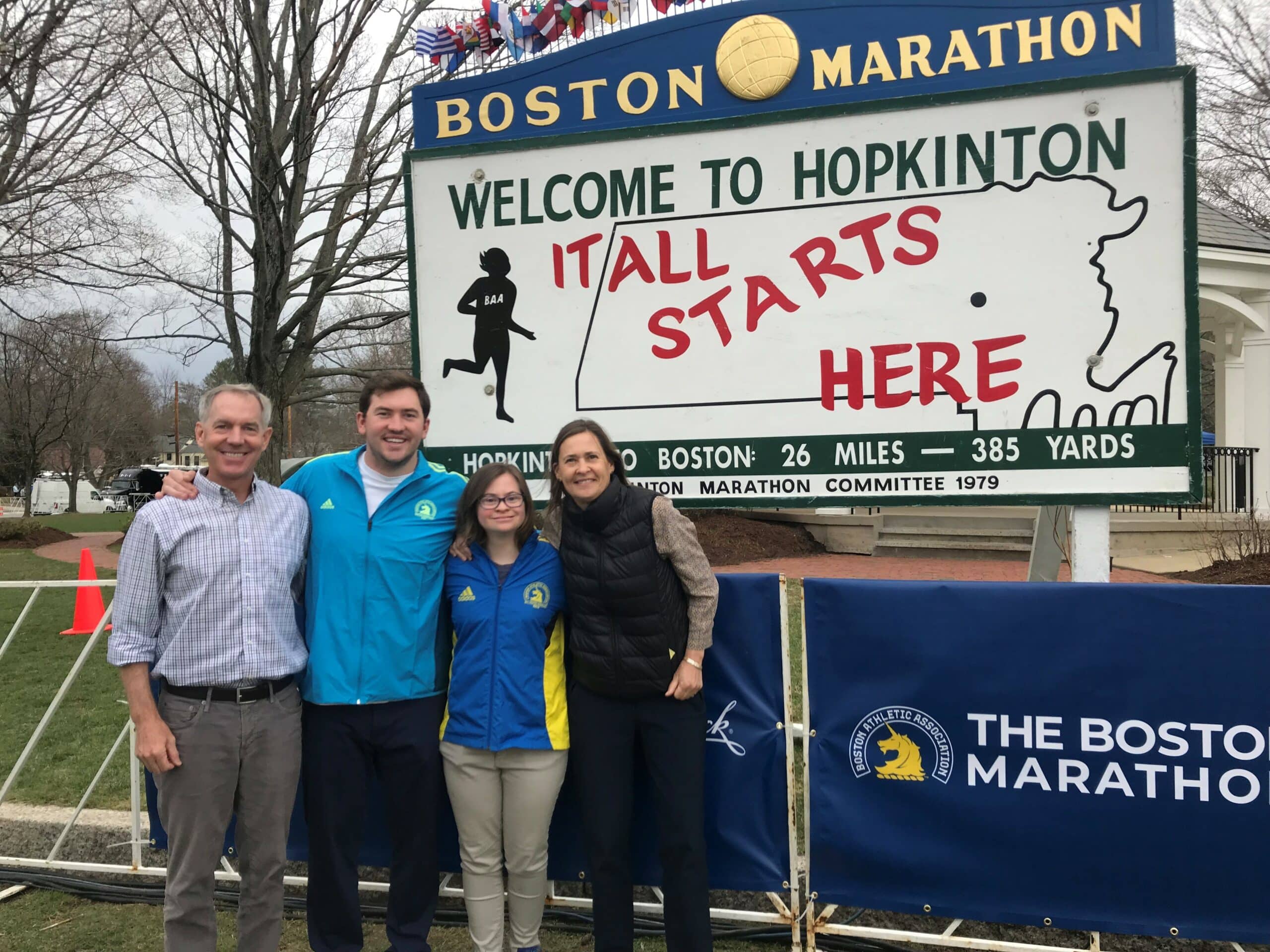