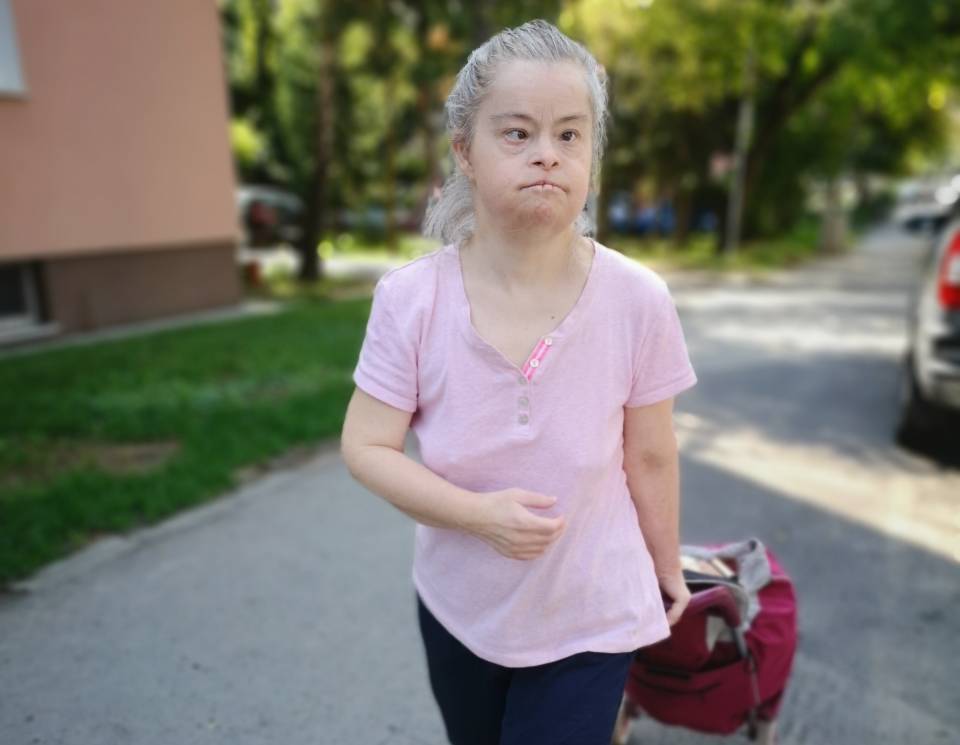 Understanding Alzheimer’s Disease and Its Connection to Down Syndrome

Learn More About the Link Between Down Syndrome and Alzheimer's Disease

What is Alzheimer's disease?

Alzheimer’s disease is a progressive degenerative brain disease that affects the neurons. The Amyloid Precursor Protein gene (APP), a gene located on Chromosome 21, plays a central role in the development of Alzheimer’s disease. In Alzheimer’s disease, the amyloid protein is broken into smaller pieces called amyloid beta (Ab) peptides. When these Ab peptides clump together, they form Ab plaques that accumulate on the brain and are toxic to neurons.

Another neurological change that is closely associated with Alzheimer’s disease are tau tangles that are also toxic to neurons. The tau tangles are caused by the abnormal accumulation of a protein known as “tau.” The appearance of (Ab) plaques and tau tangles result in symptoms of dementia, memory loss and other forms of cognitive decline.

Neither dementia nor Alzheimer’s disease are “normal” parts of ageing. 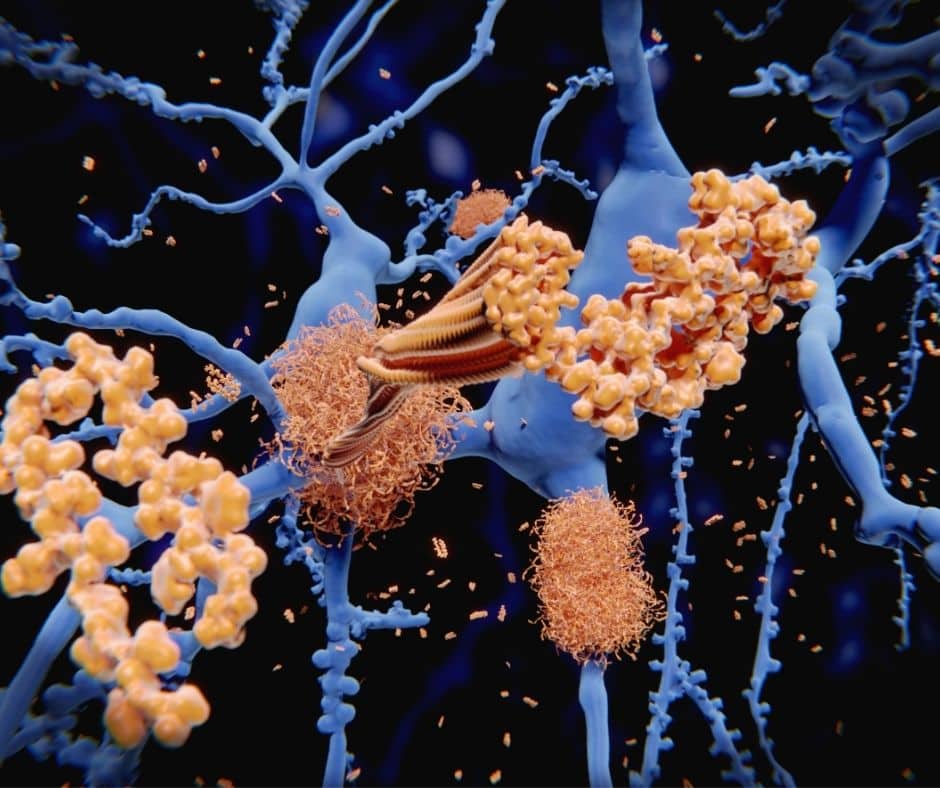 Why are people with Down syndrome at a higher risk of developing Alzheimer's disease?

According to researchers, the estimated lifetime risk of Alzheimer’s disease for people with Down syndrome exceeds 90% and with an average age of diagnosis of 55 years. This is a high number compared to only 12% chance of those 65 and older in the general population.

Although scientists don’t yet know what triggers Alzheimer’s disease, several factors are known to increase the risk such as age, family history, Down syndrome, cardiovascular disease, depression, loneliness, and sedentary lifestyles. Ab peptides that form plaques start to materialize 10 to 20 years before the first symptoms of Alzheimer’s disease start to appear.

In people with Down syndrome, the APP gene, which is located on Chromosome 21, is “overexpressed” leading to an increased production of amyloid protein and the early formation of Ab plaques. Other potential risk factors in need of more research to clarify their role include obesity and untreated sleep apnea.

In a scientific article recently published by the Journal of Clinical Medicine, researchers along with LuMind IDSC’s Chief Scientific Officer, Dr. James Hendrix, measured changes of proteins and peptides in blood of adults with Down syndrome according to the age and progress to Alzheimer’s disease. The results were reported for the first 90 LIFE-DSR study participants with plasma samples accessible for analysis. Changes in plasma biomarkers such as Ab were observed starting with participants at about 45 years of age indicative of the formation of amyloid plaques.

What is the difference between dementia and Alzheimer's disease?

According to the Alzheimer’s Association, “dementia is a set of symptoms associated with a decline in memory, reasoning and other thinking skills. Dementia is a general term for a decline in mental ability severe enough to interfere with daily life.”

Alzheimer’s disease is a slow progressive disease that happens over a series of years. People live an average of 4 to 8 years after those dementia symptoms start to occur. 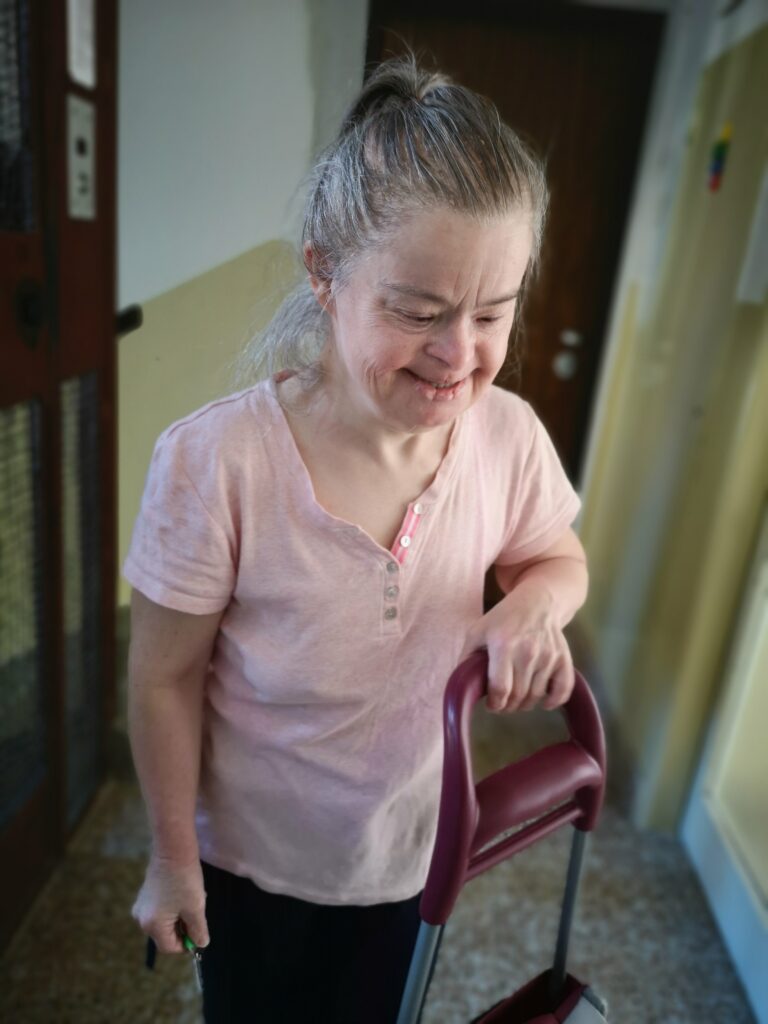 What are the stages of Alzheimer's disease?

Alzheimer’s disease is not a linear process. Experts from the Alzheimer’s Association say that “there are going to be days when the patient can remember things better than other days; days when they can do certain things. They can go back and forth, it’s not a clear-cut process. But it’s important to know about what you can expect in the different phases.”

People still live independently and at this point other people outside of their family might not notice a difference. Some of the symptoms are struggle coming up with the right words, trouble with memory; but more than just effects on memory, the early stage is also about learning. It’s more difficult for people to learn new things as well as thinking and planning. This early cognitive deterioration will depend on the individual’s cognitive baseline, for instance, noticeable changes will vary between neurotypical individuals and those with Down syndrome.

These are the middle stages. This means further progression of neural damage. In this stage the person will need more help, and they will probably not able to perform activities that they used to carry out independently.

Activities of daily living such as grooming, will start to become more difficult because as the disease progresses the patient is not able to think through all the different steps. Their executive functioning is more significantly impacted, and this is a stage where the more challenging symptoms of Alzheimer’s disease occur. Safety will become a big issue and experts agree people with this level of neural damage should not be left alone. They will need someone with them almost all the time since they might not remember how to use household appliances, or how to do things they used to do before. For example: going into the shower and not understanding the hot water. The individual affected will no longer be able to navigate those types of activities.

The last stage. At this point, most of the brain is significantly damaged, and it’s difficult for the patient to communicate verbally. Overtime they will lose their ability to walk and eventually to swallow, which could be fatal. The brain stops functioning and the person can’t swallow and can’t breathe appropriately; that is what typically causes their death.

Is there a cure for Alzheimer's disease?

For a long time, researchers were met with the challenge of trying to develop new treatments for Alzheimer’s disease, but they were not able to find the right patients because only about 12% of seniors in the general population will develop this disease. The difficulty in identifying people who are on the path to Alzheimer’s disease led to the development of new medical tests called “biomarker analysis.”

Up until recently, scientists did not have biomarkers to measure changes in the brain so most of the drug development efforts were focused on people who were already showing symptoms due to the damage caused by Alzheimer’s disease.

Researchers don’t know enough yet to repair the damage done by Alzheimer’s disease, but scientists are now working hard towards disease prevention. Because biomarkers can predict and measure change over time, the new science is enabling strategies for treatment.

Researchers are also learning about lifestyle changes that can lower the risk of Alzheimer’s disease. These include diet and exercise to maintain a healthy weight, social engagement, education, and treating other health problems such as obstructive sleep apnea. Overall healthy lifestyles lead to a healthy brain and lowers the risk of Alzheimer’s disease later in life.

Where is the science now?

For people with Down syndrome, representation is key to developing new treatments and therapies. As of now, the few therapies that do exist have been tested only on general population patients, but not on individuals with Down syndrome. 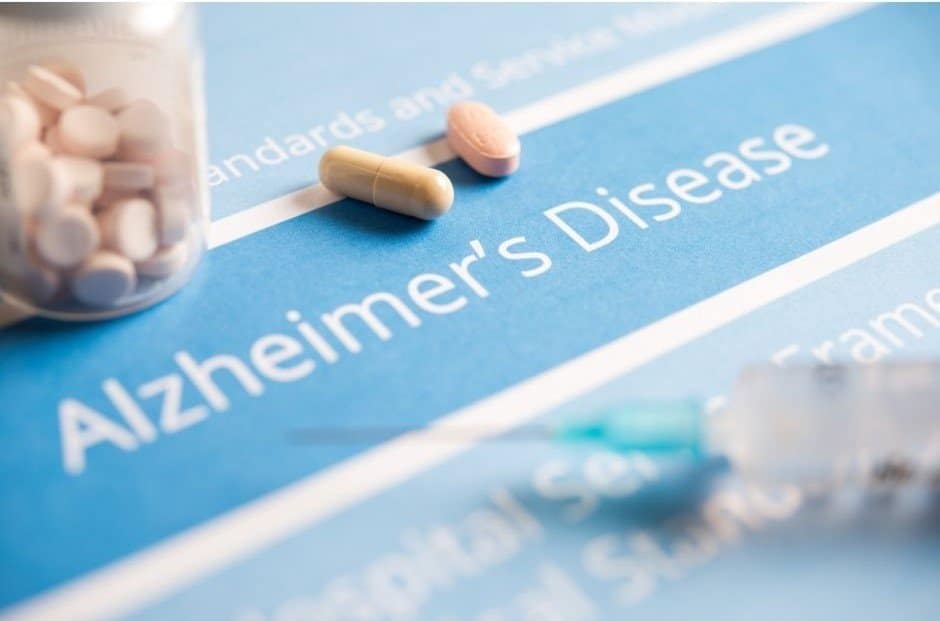 Three pivotal ways to keep in mind in which the Down syndrome community can influence important change in this area:

Interested in learning more about Down syndrome Alzheimer's disease?

For warning signs that your loved one should see an Alzheimer’s disease specialist, click here!

To learn more about how LuMind IDSC is working with scientists and experts to bring about therapies and cures, visit our Research Spotlight blog. 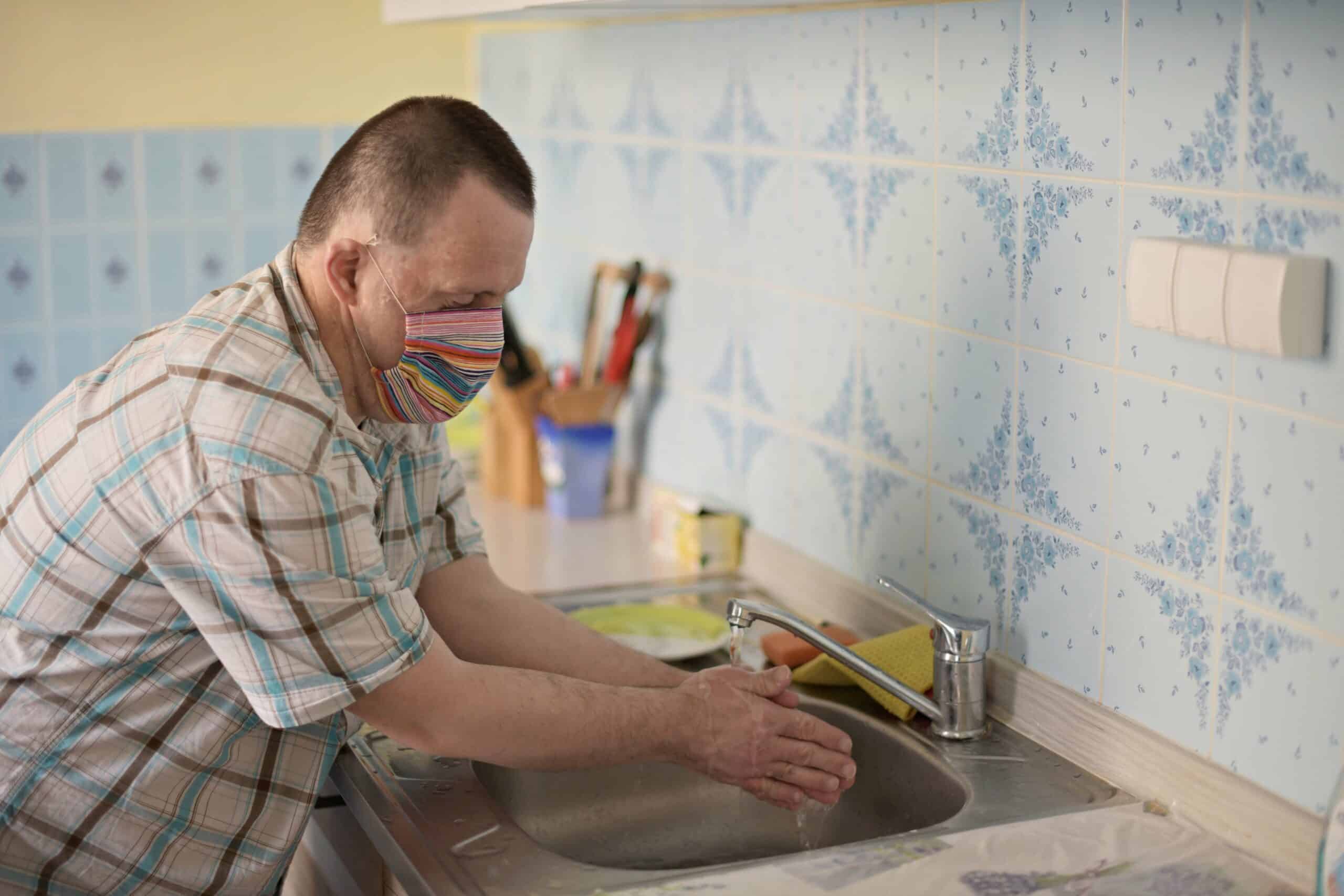