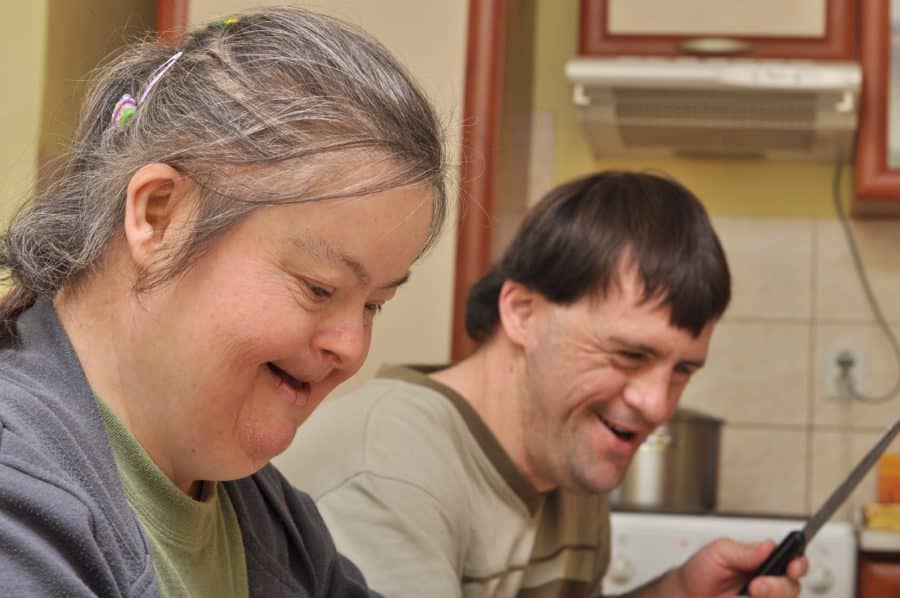 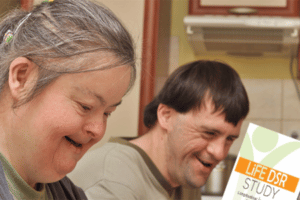 The LIFE DSR Study is the first investigation of the DS-CTN network. The study aims to increase understanding of AD in DS to enable future drug trials.

In the next couple of months, LuMind IDSC will launch the LIFE-DSR (Longitudinal Investigation for Enhancing Down Syndrome Research) study. This is a first for LuMind IDSC and represents an important milestone for Down syndrome research. The LIFE-DSR study will be the first study run in LuMind’s DS-CTN (Down Syndrome – Clinical Trials Network) which includes 11 research sites in 9 states.

We are excited about the launch of this study and it is important to reflect on what makes this study important, what we hope to learn and why we are spending millions of dollars on LIFE-DSR.

What is the LIFE-DSR study?

LIFE-DSR is a natural history study. Natural history studies of disease focus on understanding the natural course of a disease from the time before disease initiation, through its pre-symptomatic phase and various clinical stages until a final outcome without treatment intervention. Natural history studies have been used successfully in many other diseases. In Alzheimer’s disease, the Alzheimer’s Disease Neuroimaging Initiative (ADNI) has had the biggest impact on the understanding of how Alzheimer’s disease progresses in the general population. Started in 2004 and funded from a combination of private (pharmaceutical companies), philanthropy and government (NIH) sources, the study is in it’s third iteration (ADNI 3). ADNI has policy of open access data sharing and that has resulted in over 600 publications using ADNI data and it has expand our understanding of Alzheimer’s disease. For example, thanks to ADNI, we now know that early changes in the brain (the appearance of amyloid plaques) begin 10 to 20 years before dementia symptoms appear. ADNI data have also enabled the development of the tools companies need to run Alzheimer’s clinical trials. Data from ADNI have enabled almost every Alzheimer’s clinical trial run since 2004.

Why Alzheimer’s in Down syndrome?

Adults with Down syndrome are living longer and are 7X more at risk of developing early-onset Alzheimer’s than the general population. Marcel Jancovic/Shutterstock.com

LuMind IDSC is responding to this crisis with action. With increasing life expectancy, people with Down syndrome are living longer than ever before. However, this new generation of people have not been well studied by medical science and is often excluded from clinical trials either intentionally or unintentionally. With LIFE-DSR, we aim to change this by running a study with 270 adults with DS over the age of 25 and looking to see how they may change over 2-3 years.

People with DS have signs and symptoms of AD that are different than what is observed in the general population. It will be critical to be able to measure these changes so that doctors can determine which people with DS have AD. In addition, future clinical trials will need to be able to measure the changes associated with AD to determine if their drugs are working. Therefore LIFE-DSR will be focused on the development and validation of tests of memory, cognition and functional abilities. These new tools are needed for the adult DS population.

It’s about inclusion in medical research and responding to the Alzheimer’s crisis in the Down syndrome population!

In addition, adults with DS have different and common medical issues from the general population. In a clinical trial, every medical event (adverse event) needs to be reported to an oversight committee. These can be minor (a head ache or a bloody nose) or serious (a seizure or a heart attack) whether these events are related to the trial or not. If there are many such events, the FDA might stop a trial early to protect the safety of the trial participants. By documenting common medical issues in the lives of adults with DS, LIFE-DSR hopes to help establish the type of events that can be expected in a DS trial and prevent needless holds by the FDA for future drug trials.

The LIFE-DSR study is also collecting blood and banking plasma to help develop new blood tests for Alzheimer’s disease. These tests could, one day, be used by physicians to help diagnose AD and could be used in clinical trials to determine if a drug is working. Again, we need to know if the blood tests being developed for the general population will work for the DS population.

It is our hope that the LIFE-DSR study will increase the likelihood of success for future drug trials and increase the number of trials conducted in DS.

Why LIFE-DSR? It’s about inclusion in medical research and responding to the Alzheimer’s crisis in the Down syndrome population!

To do this, we need the Down syndrome community to support clinical research and to volunteer for clinical trials, whether it is LIFE-DSR or other studies.