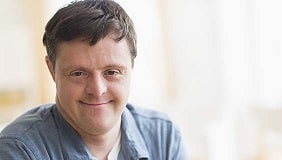 October 29, 2020 (Burlington, MA). LuMind IDSC Foundation today announced a new partnership with Eli Lilly and Company (Lilly) aimed at addressing the under-representation of adults with Down syndrome in promising Alzheimer’s clinical trials, despite their higher risk for the disease than the general population. The partnership is highlighted by testing a subset of the LIFE-DSR (Longitudinal Investigation for the Enhancement of Down Syndrome Research) blood samples with Lilly’s novel blood test for Alzheimer’s disease (AD). 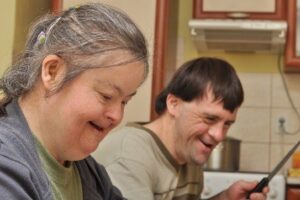 As life expectancy for adults with Down syndrome has increased from 25 years in the 1980s to well into their 60s today, many are now facing the onset of AD, but at a much higher rate than the general population. According to a study published in the 2017 Journal of Intellectual Disabilities, it is estimated that the lifetime risk of AD is greater than 90%. Another study in the Journal of the American Medical Association shows that AD is the leading cause of death for adults with Down syndrome.

“In the US alone, there are nearly 90,000 aging adults with Down syndrome over 35 that face the threat of Alzheimer’s disease,” said Hampus Hillerstrom, CEO of LuMind IDSC Foundation, “However, this aging population is not part of clinical trials for Alzheimer’s treatments in the general population. We aim to change that with partnerships like this one, so adults with Down syndrome can effectively participate in future trials and benefit sooner from life-saving treatments.”

This biomarker study builds on the research previously published on AD in the general population. In July, researchers from Lilly and academic collaborators published promising data in the Journal of the American Medical Association that included data from a plasma blood test to detect phosphorylated tau217 (p-tau217) that is associated with the progression of AD. The research announced today includes the first use of the p-tau217 assay in plasma from adults with Down syndrome. This research will help confirm the utility of plasma biomarkers for Down syndrome associated Alzheimer’s disease. Data from this study will be presented as a poster at CTAD 2020 (https://www.ctad-alzheimer.com/), a virtual Alzheimer’s conference on November 4-7.

By the age of 40, almost all people with Down syndrome will show evidence of brain changes consistent with the early stages of AD. A study published in the Lancet notes that the formation of amyloid protein plaques in the brain followed by other protein deposits, called tau tangles, are toxic to brain cells and increase the risk of developing Alzheimer’s dementia. The application of Lilly’s novel biomarker test on the blood samples collected in LIFE-DSR will provide valuable data to investigators looking to include adults with Down syndrome in trials and better understand the progression of AD.

“We are grateful to the participants and their families for their commitment to this important study,” said Dr. Jennifer Zimmer, pediatric neurologist and senior medical advisor of neurodegeneration at Lilly. “The knowledge gained from the LIFE-DSR study will help advance the understanding of AD in people with Down syndrome. Lilly is committed to collaborating in AD to advance research in new diagnostic tools and treatment options for all people, especially those at greatest risk of the disease.”

To learn more about the LuMind IDSC Foundation initiatives to prevent Alzheimer’s in Down syndrome, visit Alzheimers.LuMindIDSC.org.

The LuMind IDSC Foundation (LuMind IDSC) envisions a world where every person with Down syndrome thrives with improved health, independence, and opportunities to reach his or her fullest potential. LuMind IDSC accelerates research to increase availability of therapeutic, diagnostic, and medical care options and empowers the largest online community of individuals with Down syndrome and their families with education, resources, connections, and support. Since 2004, LuMind IDSC has raised a total of $85M in funding for Down syndrome research to prevent Alzheimer’s onset, improve cognition, develop gene therapies, and advance understanding. For more information, visit www.LuMindIDSC.org.

LuMind IDSC is supporting the acceleration of treatments in Down Syndrome associated Alzheimer’s disease through targeted research efforts enabling the testing in the DS population of the best Alzheimer’s drug candidates in development for the general Alzheimer’s population. We are also committed to connecting individuals with Down syndrome and their families to resources, expertise, education, and to each other online and in person.