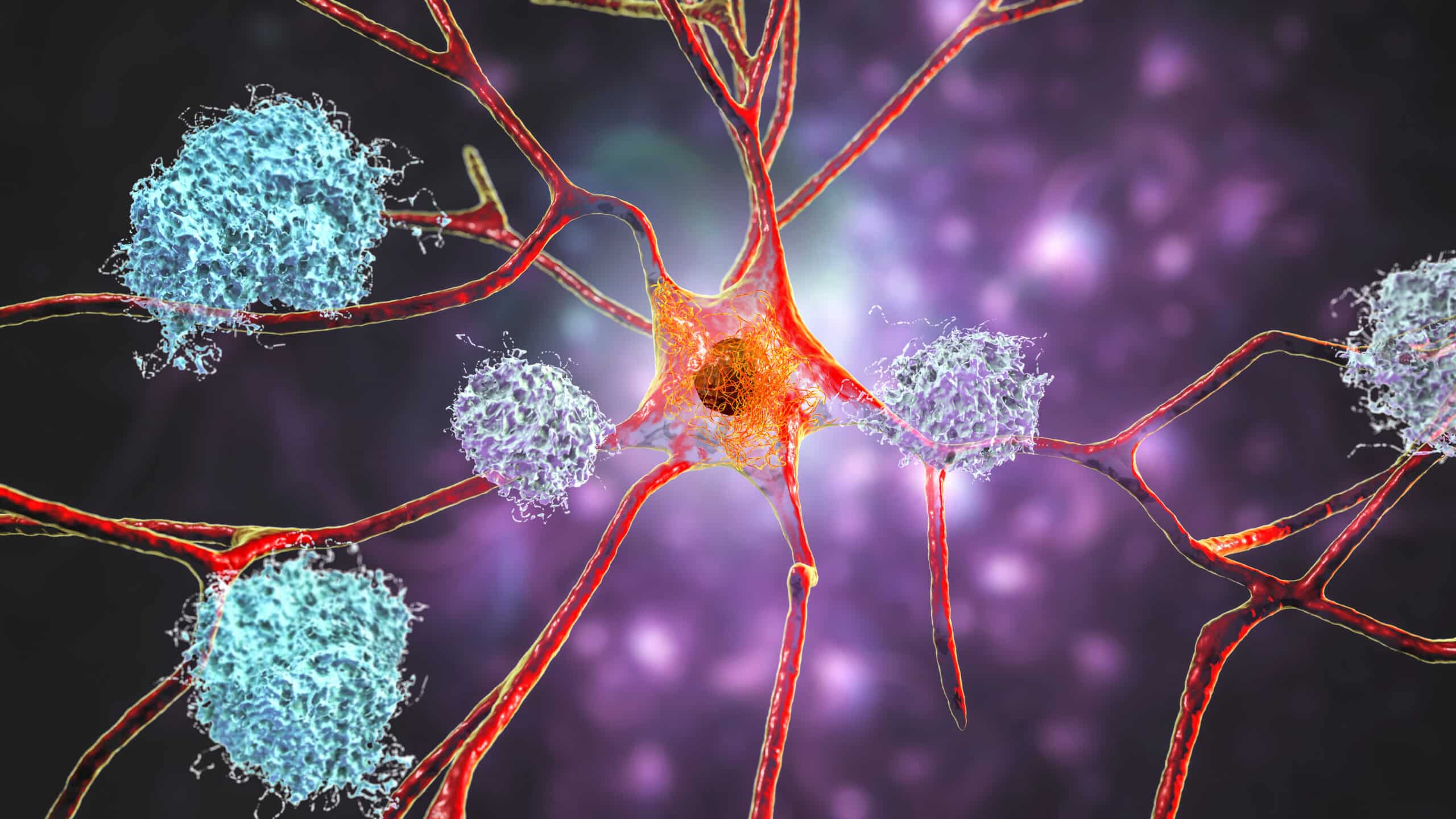 Eisai, a Japanese pharmaceutical company, and its partner Biogen, a Massachusetts-based biotechnology company, recently announced positive “topline” results from the clinical trial of their anti-amyloid antibody, lecanemab, in patients with early-stage Alzheimer’s disease.  The clinical trial results for lecanemab show that it has the potential to slow Alzheimer’s disease progression.

This is the first time that a drug candidate designed to take away plaques in the brain tissue that contain beta-amyloid peptides (Aβ) has produced such a clear positive signal of efficacy in patients.  This means that lecanemab is likely to get FDA approval soon, possibly as early as January 2023, which would put it on track for being a prescribed drug for treating early stages of Alzheimer’s disease in 2023.

What are beta amyloid peptides?

In Alzheimer’s disease, the amyloid precursor protein is broken into smaller pieces or peptides, including one called amyloid beta (Aβ). When Aβ peptides clump, they can form Aβ plaques that accumulate in the brain and are toxic to neurons. Alzheimer’s disease is defined by these amyloid plaques.

How does Lecanemab work?

All antibodies in this class of drug candidates recognize and bind some form of beta-amyloid (Aβ), which is the protein clump that makes up toxic amyloid plaques found in brains of Alzheimer’s disease patients.

A previously tested drug called aducanumab, also developed by Biogen, showed mixed results in clinical trials, but it nonetheless was approved by the FDA for use in Alzheimer’s disease. However, because the aducanumab clinical trials produced only modest efficacy and showed a high rate of safety issues, the drug is not used widely.

The clinical trial data is much stronger for lecanemab than it was for aducanumab, and lecanemab also shows a much lower rate (12.5% versus 40%) of certain “adverse events,” called ARIA, which represents brain micro-bleeding and edema. (ARIA is reversible and it usually does not cause serious problems, but it is not a good thing for brain health.)

At this point, researchers believe that not only does lecanemab work better than aducanumab for treating Alzheimer’s disease, but it is also safer.

What’s next in this process, and what does the imminent approval of lecanemab mean for the Down syndrome community?

We don’t know yet. The next steps will involve the official release of the trial data (Nov. 29), followed by FDA decision in early 2023. Depending on the level of approval by the FDA, lecanemab could have a different path than Aduhelm (aducanumab) and gain a more comprehensive coverage policy with the Centers for Medicaid and Medicare.  That outcome would make lecanemab more widely and more easily available.

Regardless of various government and policy decisions, it remains unclear if and when lecanemab may be available to people with Down syndrome with early stages of Alzheimer’s disease.

What are considerations for future Alzheimer’s clinical trials in Down syndrome?

LuMind IDSC and the Down syndrome research community are already working on developing specialized assessment scales that can be used as tools to measure efficacy among people with Down syndrome-associated Alzheimer’s disease.

Ultimately, it is the goal of LuMind IDSC to ensure that strong data is obtained on new Alzheimer’s treatments to help guide physicians and families on their use in people with Down syndrome. We also want to be sure that the payors (CMS, insurance companies) provide appropriate coverage, so that Americans with Down syndrome have the same access to new, potentially useful drugs, as their fellow citizens.